How Does A Lithium-ion Battery Work?

The technology behind lithium-ion batteries make them a great choice because of their distinct advantages and environmentally-friendly benefits.

But, how exactly do lithium-ion batteries work? And, what makes them so popular in so many applications?

Here’s what you need to know about the components that make up a lithium-ion battery and how they work together to create high-functioning and long-lasting sources of power. 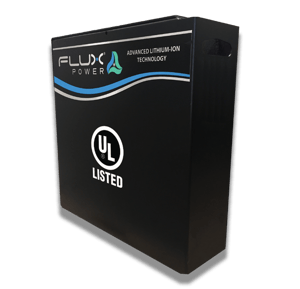 Lithium-ion batteries are available in many different shapes and sizes. Inside, however, they typically look the same. To understand how a lithium-ion battery works, it’s important to know the role that individual parts play.

A lithium-ion battery is made up of several parts. The cell, serving as the workhorse of the battery, is the most critical component of the battery.

The cell is comprised of the following battery materials:

The battery pack, which holds the lithium-ion cells, operates much like a computer. It contains the following:

Movement in the Cell

So how does the cell provide power to the equipment? 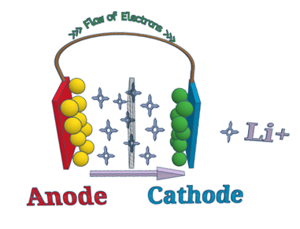 A separator in the cell includes electrolytes that form a catalyst. This promotes ion movement between the . The movement of ions through the electrolyte solution is what causes the electrons to move through the device the battery is plugged into.

Lithium-ion batteries are rechargeable. When recharging, the lithium ions go through the same process, but in the opposite direction. This restores the battery for additional use.

The overall design of a lithium-ion battery provides many benefits for equipment users:

The management system plays an integral role in making sure the battery cell works at its highest levels. It also impacts how the battery functions, offering several protections and features.

Lithium-ion batteries feature several elements of advanced technology that all work together to deliver distinct benefits to users.

You can learn about why lithium-ion batteries are a better option than lead-acid batteries in our article, Are Lithium-ion Better Than Lead-Acid For Forklifts?